CITY OF THE FUTURE
BOOK READING

Architect and author Friedrich von Borries presented his ideas on the “City of the Future” at a reading on 15 December 2019, in the showroom of the Archiv der Zukunft Lichtenfels. In his book by the same title, he suggests solutions about how our cities can become more ecological and equitable, greener and more open, resilient and adaptable. 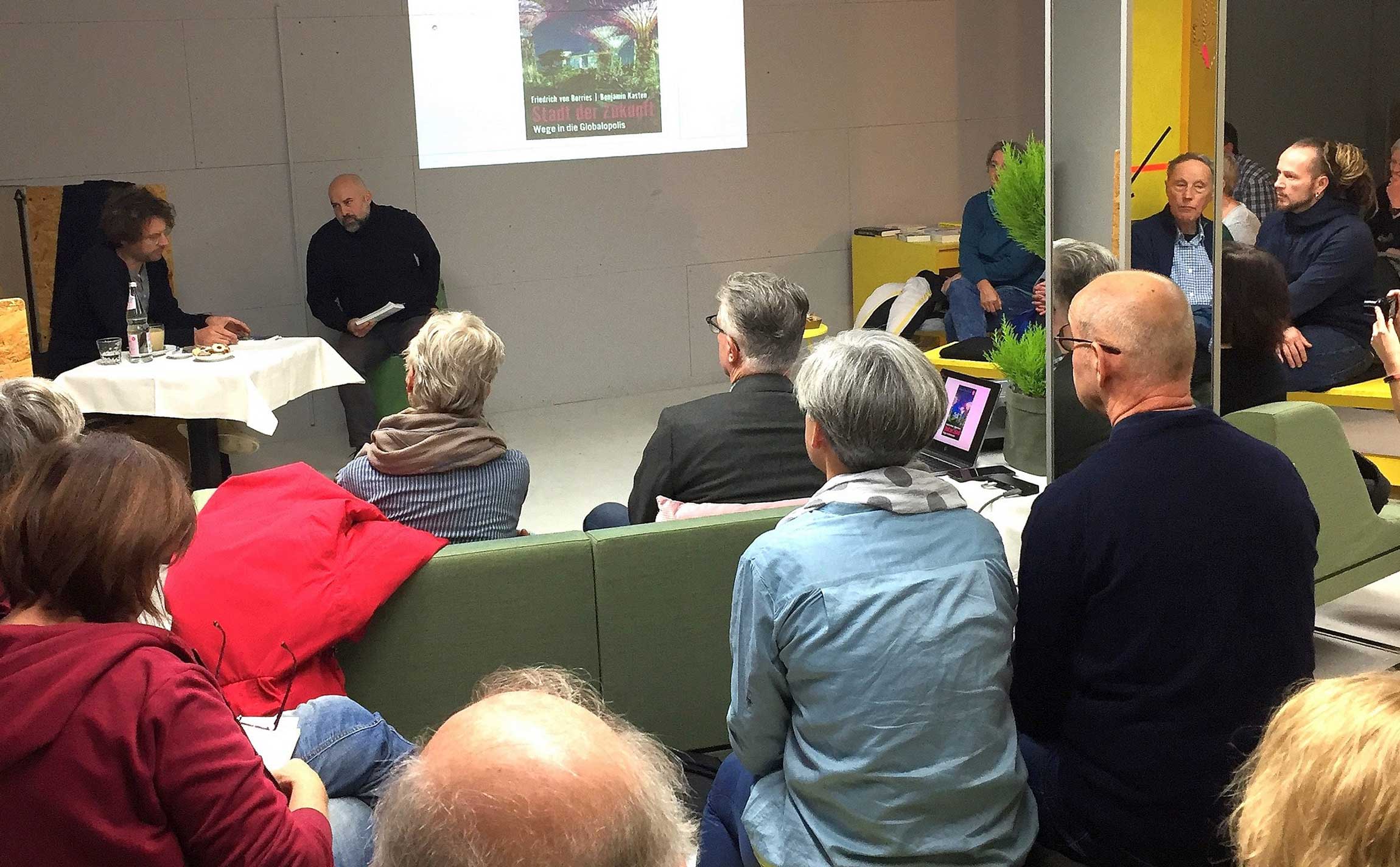 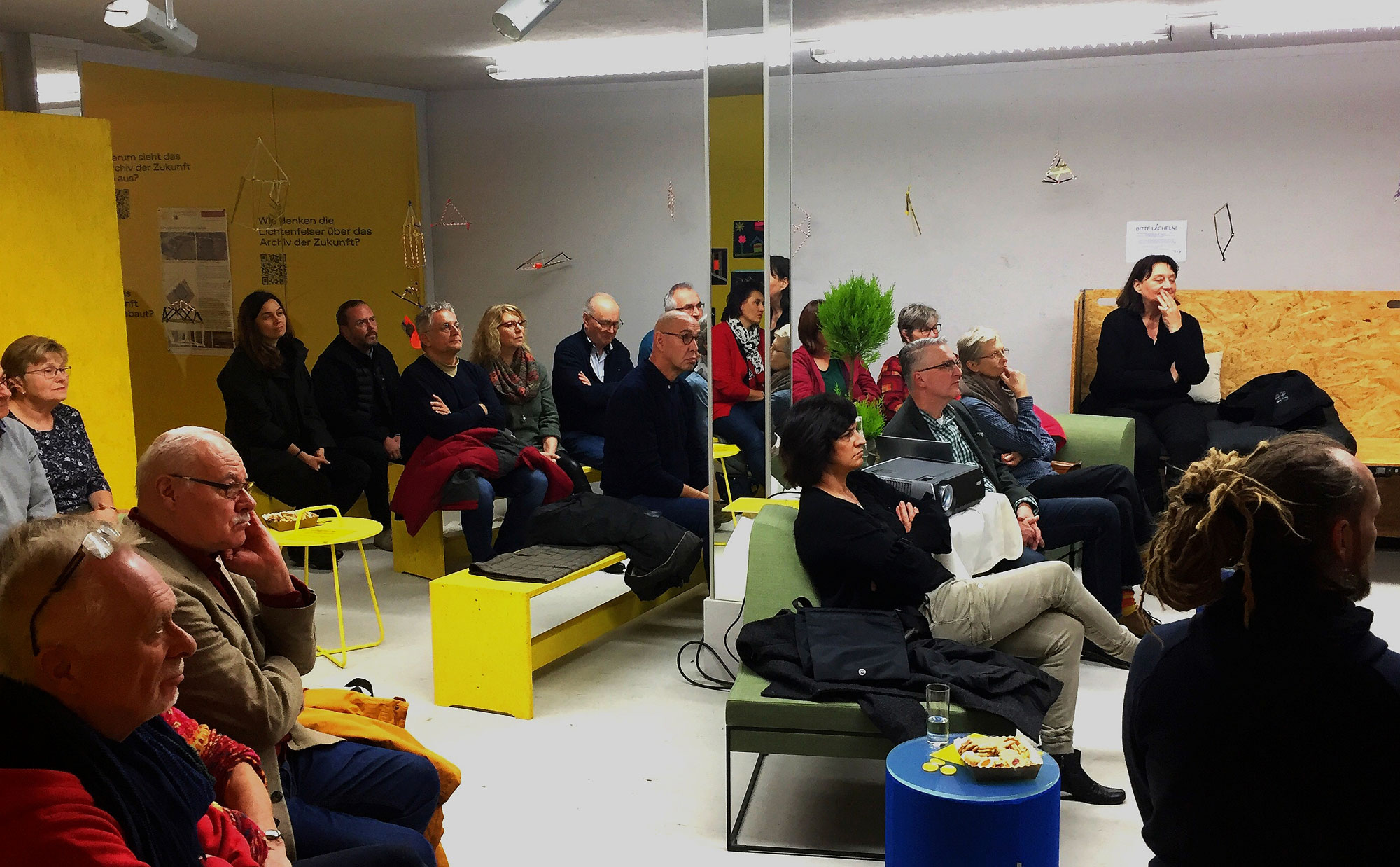 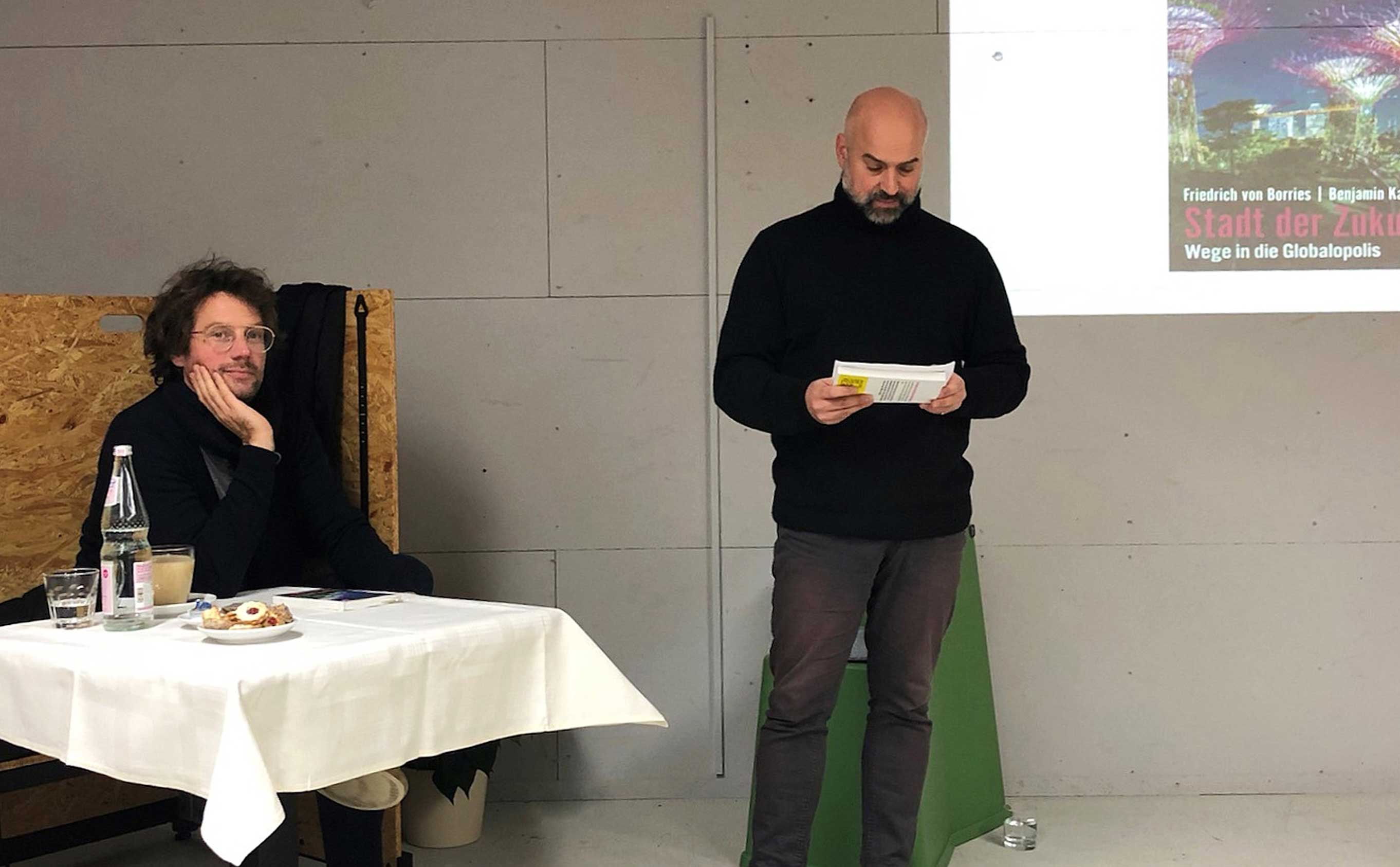 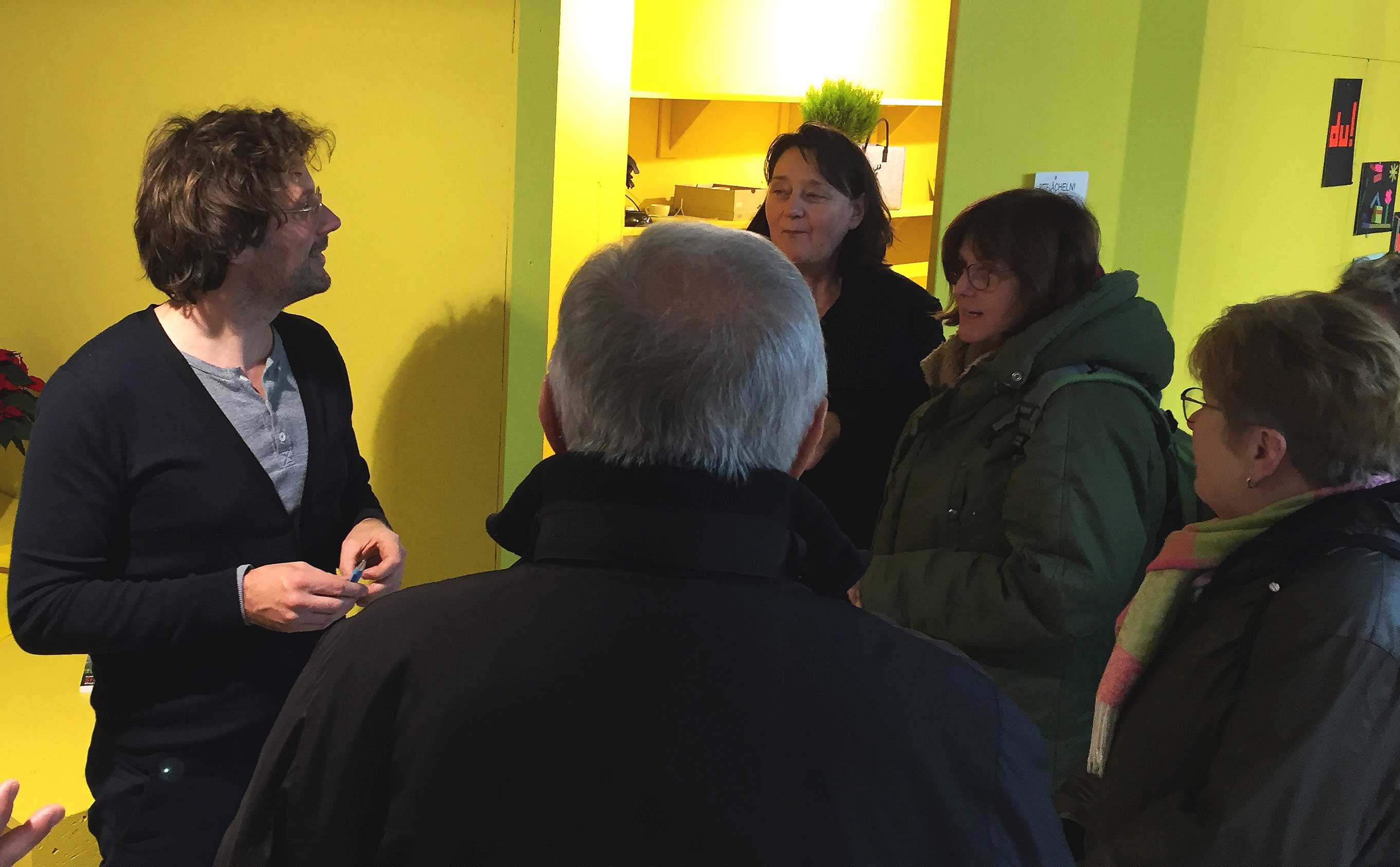 “In Minsk, public transport is somewhat better developed than in Paris. The living space per capita in Tehran is 20m², in Los Angeles it’s 41m². And an average of one cubic metre of concrete is produced per inhabitant per year.”
– “Who is aware of such things? The architect Friedrich von Borries is aware of such things,” intoned journalist Markus Häggberg, who introduced the author and moderated the event, which concluded with an audience discussion in the showroom.
Friedrich von Borries is professor of design theory at the University of Fine Arts in Hamburg. Asked to develop a “concrete utopia” design as part of a book project for the city of the future, he and his co-author Benjamin Kasten, went one step further, calling their concept a Globalopolis. They cite numerous examples where globalized visions are currently being tested: from underground plantations in Philadelphia, to Solidarity Cities that band together to shelter illegal immigrants, to self-build houses in Chile that grow with their inhabitants.